Mayor and Board of Aldermen 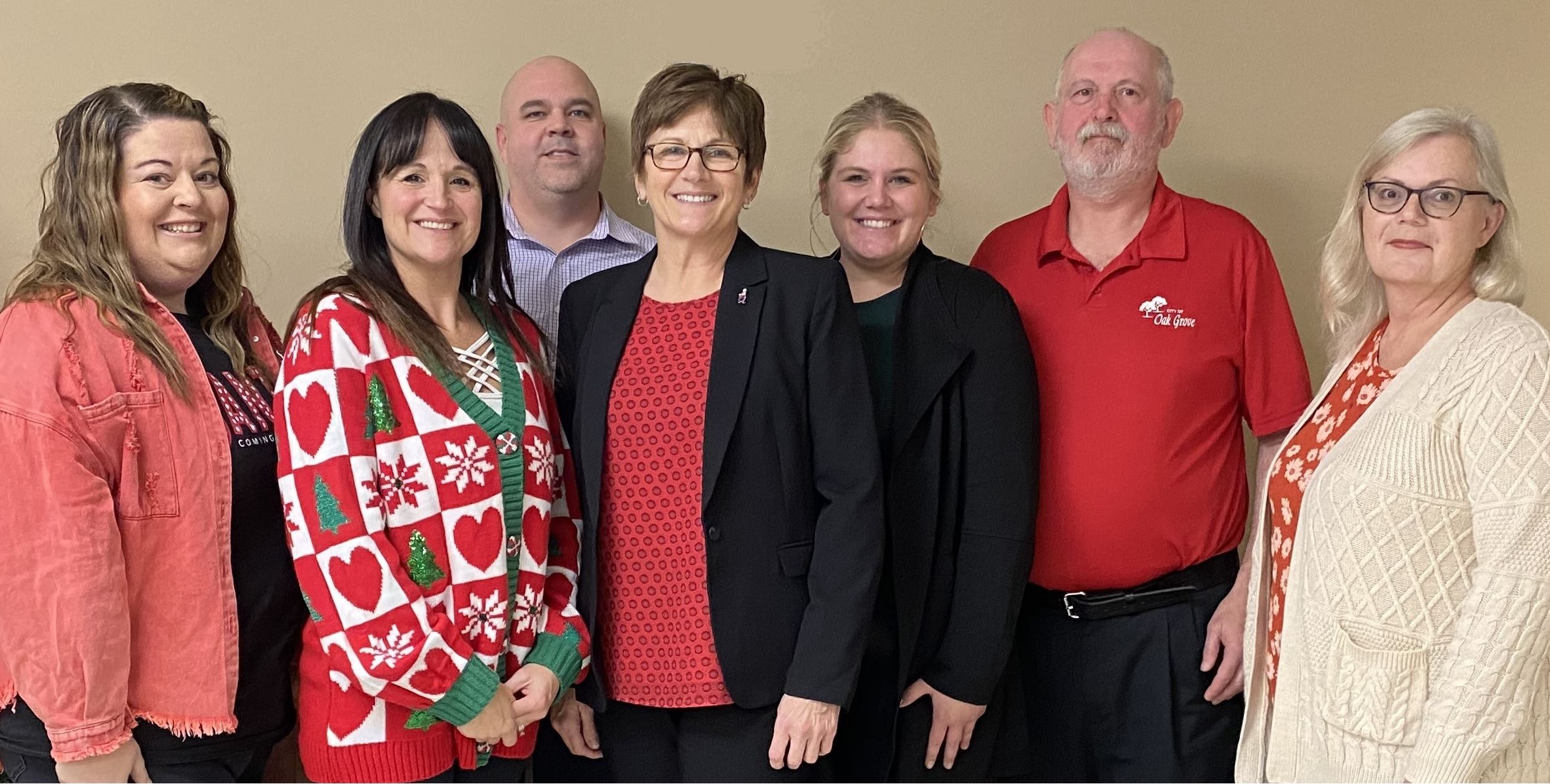 Oak Grove is governed by a Mayor and Board of Aldermen which meet on the first and third Monday’s of every month. Public meetings are held in the lower level at the new City Hall which is centrally located at 2110 S Broadway.  Two aldermen represent each of the city’s three wards.  The Mayor directs meetings and votes only for the purpose of breaking a tie.  Elected office terms for both the Mayor and Board of Aldermen are two years; there is no consecutive limit on the amount of terms an alderman may serve in his/her elected seat.

Meetings are held the first and third Mondays of each month at 7:00 pm lower level at the new City Hall, 2110 S Broadway.

Use the Ward Map to help determine which of the three City of Oak Grove wards you reside.